Mestre of Bateria C. A. Ferrari 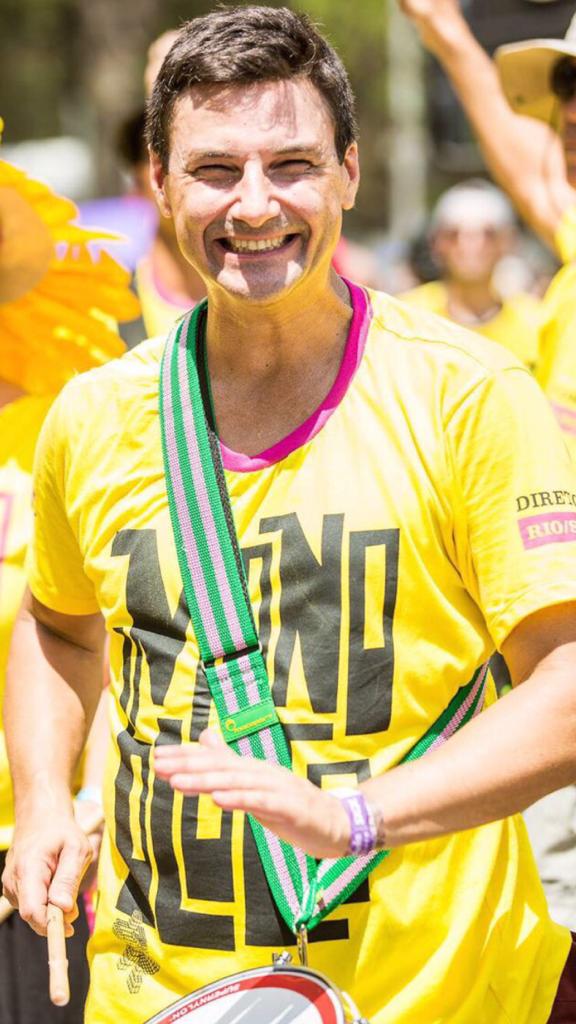 A self-taught drummer and percussionist, he participated in the foundation of MONOBLOCO in 2000 with his colleagues from the band “Pedro Luís e a Parede”.

With his shows and workshops C. A. has toured various countries such as Japan, United States, Portugal, France, Germany, England, Scotland, Ireland, Australia, New Zealand, Holland, Denmark and many others.

He was introduced to samba by mestre Odilon Costa, with whom he paraded in samba school «Acadêmicos do Grande Rio» in 2001.
In 2002 he joined bateria of samba school «Estação Primeira de Mangueira» which became champion the same year.

This year, 2020, the 20th anniversary of MONOBLOCO Carnival is being celebrated with shows and workshops demonstrating the rhythmic diversity that characterizes the group’s sound. 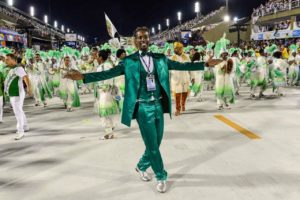 In addition to the schools in Vila Vintém, George Louzada, as he became known in the world of samba, has already performed choreographic works in wings, floats and Comissões de frente in schools: Beija-Flor de Nilópolis, Unidos de Bangu, Vigário Geral, Dificil è o nome, Academicos do Jardim Bangu and others.
Responsible for two wings of award-winning passistas at the Rio carnival, Mocidade and UPM, Louzada is also the creator of the Passos da Zona Oeste project, which offers free samba classes to children and adults from all over the world, and through a cultural exchange trains dancers in Europe and Asia.

Outside of the carnival, George is a biologist, but he has worked as a fashion coach, a production technician and a fashion designer and currently works for a carnival uniform and a clothing company.