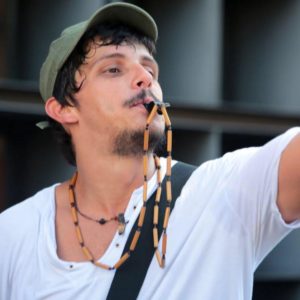 Gabriel Policarpo is a musician famous in the world of samba not only for his masterly playing the repinique but also for his unique musical arrangements. Gabriel was born in 1984 in the city of Niterói (Rio de Janeiro). And since childhood, playing in carnival blocks, he became interested in percussion. At the age of thirteen, he joined the school of his district Unidos do Viradouro and two years later he became the first repinique and soloist of bateria.

The program can change! Stay tuned for updates!